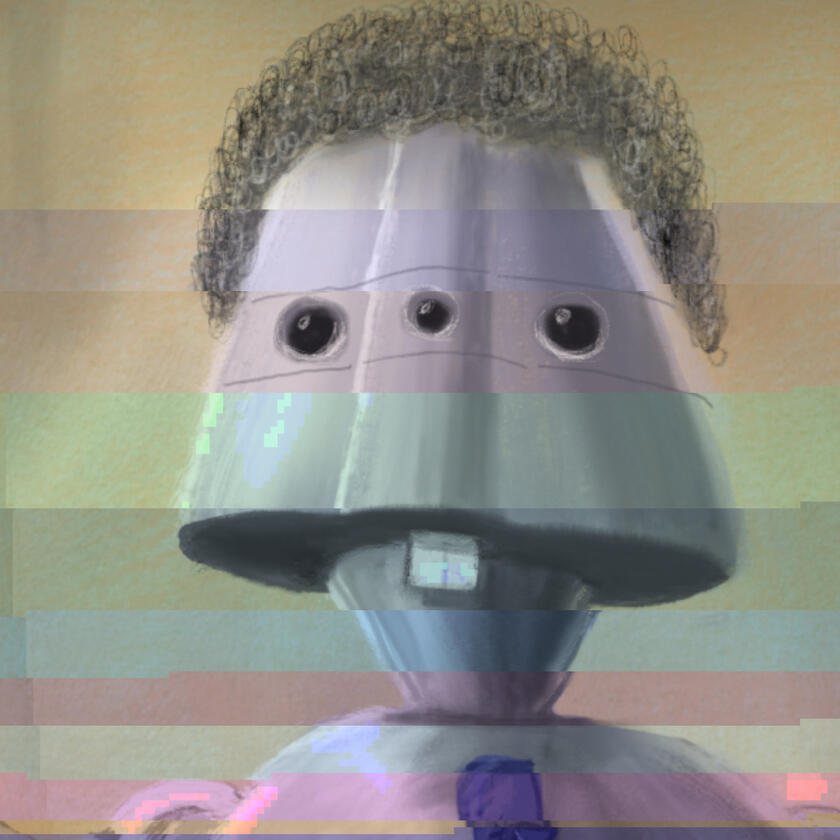 From a humble beginning in an electric toothbrush and anti-gravity booster pack factory, Chuck10.1 struggled like many of his fleshy contemporaries and didn't seem destined for greatness. He excelled in trigonometry and vacuuming as a revered student leader and, not long after, the first robot senator. Chuck10.1 spearheaded the effort to pass the Robot Voting Rights Act and other important legislation. He was the rising star of Robot Party when he hit the campaign trail eventually garnering the most powerful position in a landmark election in 2076.

Chuck10.1 was a formidable Commander-In-Chief and guided the nation through many crises such as the toiletbot strike of 2078, Gordita (the blizzard of winter 2079), Gordita 2 (the blizzard of summer 2079), and the invention of Frong® (a sports drink made from Christmas trees and rhubarb). Chuck was retired in 2081 and, with his batteries removed, was installed in the Smithsonian's Mechanical Beings Museum in Tulsa, Texhomica where he has remained to this day.